The Ballaró neighborhood lies in the former historic city center of Palermo, the capital of Sicily, Italy. A few decades ago, Ballaró was known to be a dangerous part of the city controlled by brutal mafia bosses.

Today, the neighborhood is safe and revitalized, thanks to the arrival of African and Asian migrants. Among these immigrants is a community of Nigerian musicians building an Afrobeats industry from scratch. Like his fellow musicians, RayJeezy, from Edo state in Nigeria, came to Palermo three years ago on a boat from Libya after crossing the Sahara Desert. When one of his friends invited him to a show at a club in Palermo, he performed and was invited back by the club’s manager. 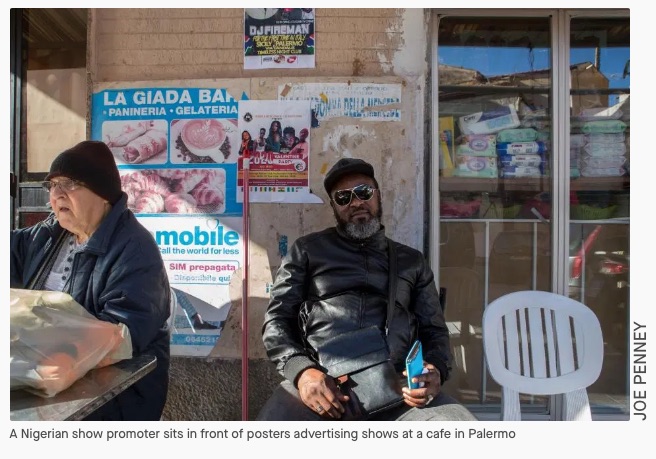 A small music scene was born around this type of live show in a handful of Palermo’s nightclubs. The artists’ aim is to make Sicily the southern European capital of Afrobeats music, which has dominated pop music globally with artists like Wizkid, Burna Boy, and Tiwa Savage.

“The music scene in Palermo was not like this when I came. We all tried to put everything together to make it big and make people appreciate what we’re doing,” RayJeezy said. 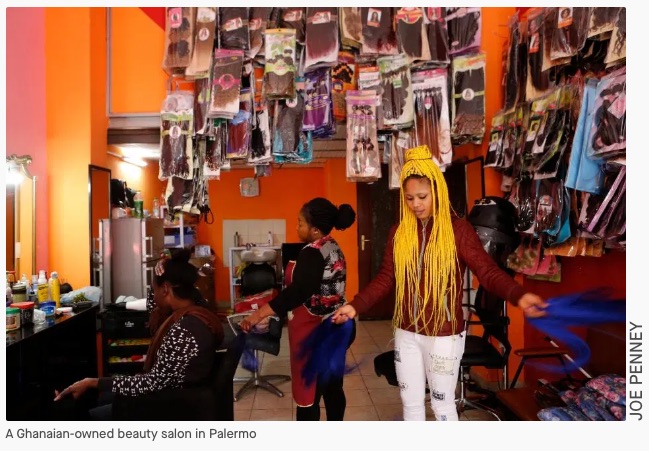 Social media has given a platform to musicians who can reach a wide audience without institutional support. Artists like RayJeezy, Brenex Baba and Thug Money who are based in Palermo want their music videos will gain traction internationally.

Brenex Baba’s video for “Thank God” shows the different struggles that African migrants face in Italy, while showcasing room for some highlights of life in Palermo and declaring in the chorus, “I thank God for my life oo.”

Hundreds of thousands of migrants from Africa and Asia passed through Palermo on their way to other destinations in Europe in the past decade. The European Union cracked down on boat crossings from Libya in 2016, and fewer Africans arrive now, but thousands are still in migrant “campos” set up by the government while they await asylum decisions. 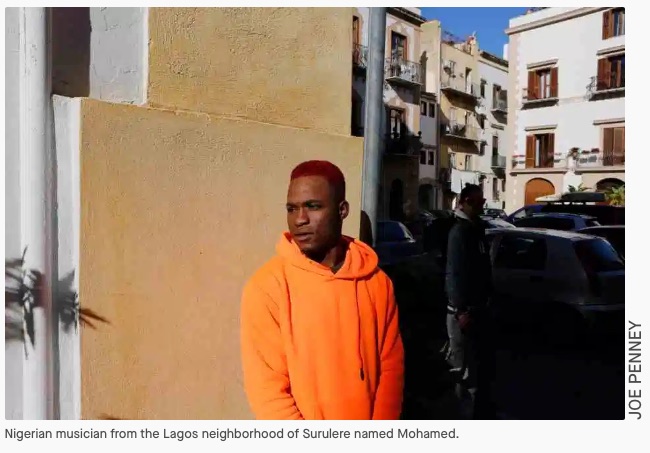 Although other cities in Italy are known to be less welcoming to Africans, Palermo is home one of the most pro-migrant mayors in Europe, who has defied multiple governments to maintain a sanctuary city.

When the far-right Italian politician Matteo Salvini came to the Sicilian capital in early February, he tried to go to the Ballaró neighborhood but was stopped by anti-fascist protestors supported by the mayor.

“Whoever lives in Palermo is a Palermitan,” the mayor Orlando says. “The migrants have changed our minds. Mobility normally comes from abroad. But even cultural change comes from abroad,” he said. 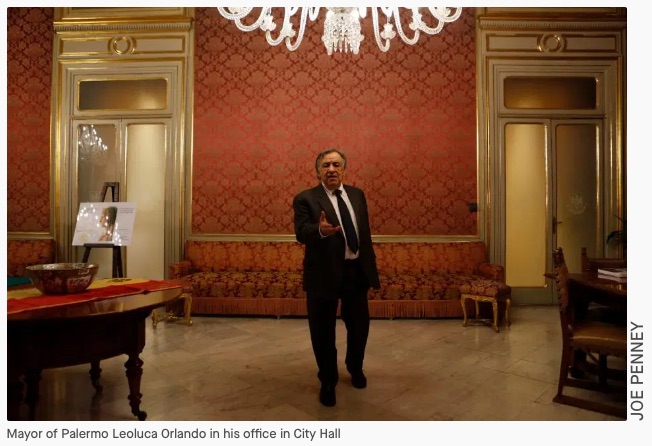 For now, Palermo’s music scene is mostly marketed to the Africans living in the city, who are mainly Gambians, Nigerians, Ghanaians and Senegalese. Their success in building a local scene has opened opportunities to tour other European cities. In Palermo, some Italians come to the shows, but the music hasn’t caught on in the Italian public.

“They are not civilized yet to listen to our music,” a Nigerian musician from Surulere, Lagos named Mohamed said.

Support for this reporting was made possible by funding from Columbia University’s President’s Global Innovation Fund.
SOURCE: Quartz

‘We Wouldn’t Be Having This Conversation.’ Henry Louis Gates Jr. on America’s Missed Opportunities for Racial Equality