Muhammadu Buhari blamed Boko Haram and vowed to bring the killers to justice.

He also pledged to “wipe out the remaining vestiges” of the Islamist group, which has dominated the region.

The group’s decade-long insurgency has left thousands dead, displaced many more and resulted in a humanitarian crisis in north-eastern Nigeria.

Aid workers have frequently been targeted, especially by a Boko Haram splinter group affiliated to the so-called Islamic State group.

In a video released last month the hostages did not name either Islamic State or Boko Haram but referred to their captors as soldiers of the “khalifa”.

Previously, captives have used the term to refer to Islamic State West Africa Province (Iswap), rather than Boko Haram.

The Nigerian online newspaper Premium Times says the killers belong to a sect of Boko Haram and posted a 35-second video of the executions.

According to the newspaper, five hooded armed men stand with the blindfolded hostages.

An unidentified voice delivers a speech to “the infidels” telling them to “repeat and turn to God” before one of the gunmen orders the others to shoot their captives. 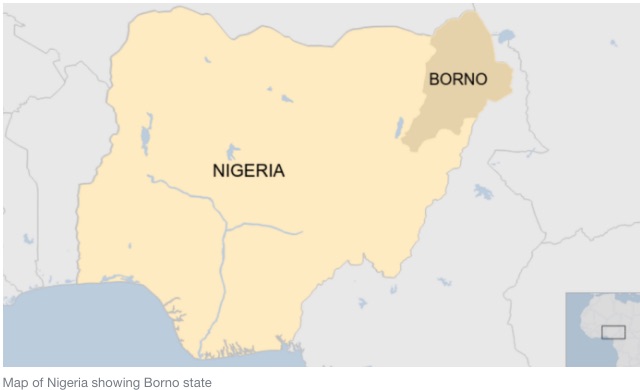 In strongly worded statements both Action Against Hunger and the International Rescue Committee paid tribute to the workers who were killed.

Action Against Hunger said it deeply regretted that its calls for their release had not been answered.

International Rescue Committee condemned the killings as “senseless” and “barbaric”.

Paying tribute to its staff member Luka Filibus who, it said, had been “forced to flee his home and was still compelled to alleviate the suffering of children”, they demanded the return of his body.

UN humanitarian coordinator in Nigeria Edward Kallon said “it is unacceptable that those who are trying to help are being attacked and killed”.

“This incident will not deter the international community from providing aid to millions of Nigerians who desperately need assistance in the north-east,” he said in a statement.

American exceptionalism was our preexisting condition

US warns of attack threat against major...