It’s no longer a secret that Trump surfers from Obama Derangement Syndrome. Unlike other forms of mental illness, Obama Derangement Syndrome is different. It isn’t so much paranoia about President Obama’s policies as it is paranoia about the man himself. The first Black President of the USA. Not just the first Black president, but one of America’s most beloved and popular president of modern times. 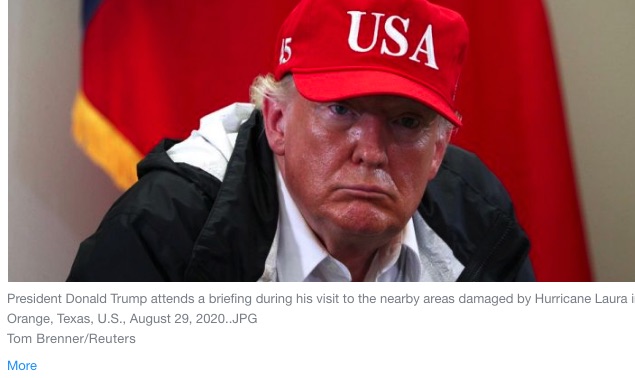 According to Donald Trump’s ex-lawyer Michael Cohen, Trump dislikes Barack Obama so much that he once filmed a video in which he berated and then “fired” an actor hired to impersonate the 44th president, according to ex-fixer Michael Cohen.

Cohen said that Trump “ritualistically belittled” the actor, described as “Faux-Bama,” and then fired him. Cohen doesn’t say when the event took place or who the actor was, but he did include a photo, which has been published by CNN.

NEW: In the upcoming book, Michael Cohen writes Donald Trump’s disdain for Obama was so extreme he hired a “Faux-Bama” to participate in a video in which he “ritualistically belittled the first black president and then fired him.” He includes this photo: https://t.co/LGrqsUUrY2 pic.twitter.com/otwYW8VSmQ

NIGERIAN YOUTHS ARE RISING UP TO FIGHT...

Buhari appoints Adeniran as Surveyor-General of the...