“Our country’s future hangs on this election,” Obama said, but added that it would not be easy to defeat Trump, who won an upset victory in 2016 over former Secretary of State Hillary Clinton.

Obama urged Americans to “keep believing in the possibilities of a better world” by supporting Biden’s campaign.

Obama praised the courage and skills of health care workers treating coronavirus victims. But he said national leadership in combating the disease was missing in Trump’s White House.

“Choosing Joe to be my vice president was one of the best decisions I ever made. And he became a close friend,” Obama said. “I believe Joe has all the qualities we need in a president right now.”

“Joe was there when we rebuilt from the Great Recession (in 2008 and 2009) and rescued the American auto industry,” Obama recalled. “He was the one asking what every policy would do for the middle class.”

“Joe gets stuff done,” Obama said, pointing to his help in combating the H1N1 virus and preventing the Ebola epidemic from becoming a pandemic.

That Obama would endorse his fellow Democrat Biden in the November national election over Trump, an opposition Republican, is not on its face surprising. 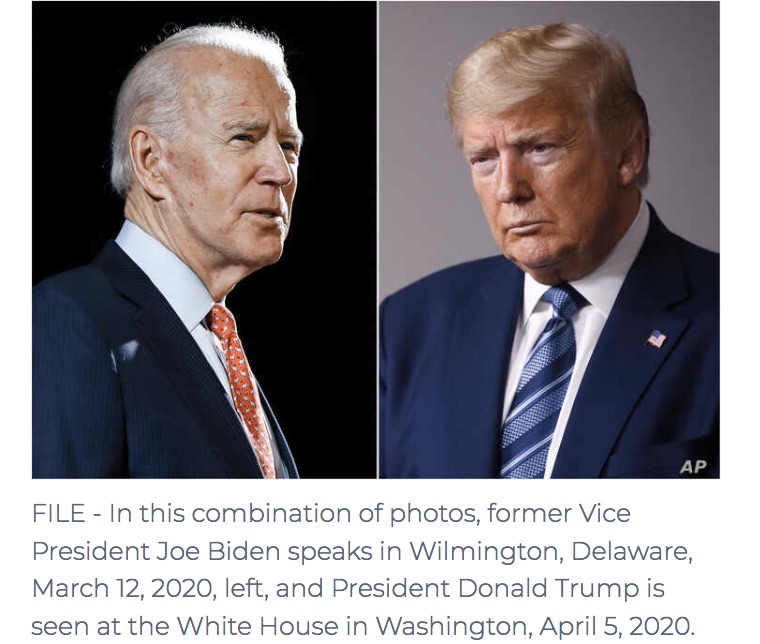 But the early pledge of support from Obama marks a turning point in the former president’s political activity against Trump. While Trump during his three-years-plus presidency has frequently assailed Obama’s actions and sought to overhaul his trade, environmental and health care programs, Obama has largely avoided public rejoinders.

Obama consulted privately with several of the two dozen or more Democratic candidates who sought the 2020 party nomination to run against Trump. But Obama endorsed no one during the months-long campaign that started in mid-2019, opting to let voters and the give-and-take of numerous spirited debates among the candidates dictate the outcome.

Obama and Biden have reportedly had several conversations in the past couple of weeks. Biden told donors at a virtual fundraiser earlier this month that he had asked his old boss for advice on choosing a running mate, who he has said will be a woman.

“So, I called President Obama, not as to who but how soon you have to start,” the former vice president said.

Biden’s last major challenger, Vermont Sen. Bernie Sanders, suspended his campaign last week after concluding that Biden had amassed an insurmountable lead in pledged delegates to the party’s national presidential nominating convention in August. Then, on Monday, Sanders appeared on Biden’s webcast and wholeheartedly endorsed him.

“We’ve got to make Trump a one-term president, and we need you in the White House,” Sanders told Biden. “I will do all that I can to see that that happens, Joe.”

Biden was vice president from 2009 to early 2017 during Obama’s presidency. Biden often played a key role in advancing Obama’s policy goals, key among them the 2010 passage of a national health care plan that gave millions of Americans without health insurance a chance to buy coverage on a government web site to help pay medical bills.

The health plan, popularly known as Obamacare, was approved with no legislative support from opposition Republicans but has survived legal attacks and Trump’s attempts to repeal or undermine it. Even with Obamacare, however, millions of U.S. citizens still have no health insurance.

Brad Parscale, Trump’s reelection campaign manager, belittled Obama’s Biden endorsement, saying the former president “spent much of the last five years urging Joe Biden not to run for president out of fear that he would embarrass himself,” and now “has no other choice but to support him.”

“Obama was right in the first place: Biden is a bad candidate who will embarrass himself and his party,” Parscale said in a statement. “President Trump will destroy him.”

Stop Blaming Black People for Dying of the Coronavirus. New data from 29 states confirm the extent of the racial disparities.

OBAMA ENDORSES BIDEN. THE FIGHT FOR THE HEART AND SOUL OF AMERICANS IS ON! BIDEN OR TRUMP?