The plane from Egypt packed with a cache of weapons was meant to arrive in Somalia in May.

They were stopped, a senior Somali official told The Sunday Telegraph, because of fears in Mogadishu of Somalia being publicly drawn into a growing row between two of Africa’s superpowers.

Egypt has been the dominant power on the Nile for thousands of years. But the balance of power is about to shift far upstream.

In the next few weeks, when the rainy season arrives, Ethiopia will start to fill up a vast reservoir with the waters of the Blue Nile, one of the great river’s two main tributaries. One of Africa’s largest infrastructure projects will effectively give Ethiopia the power to turn off the taps in Egypt – and could force neighbouring countries to pick a side.

For nearly a decade, Ethiopia has been constructing a one-mile-long wall of cement almost twice the height of the Statue of Liberty. The Grand Ethiopian Renaissance Dam, as it is known, straddles the Blue Nile, only a few miles from the border with Sudan.

The mega project is almost complete. It will be the largest hydroelectric dam in Africa, capable of holding 72-billion cubic metres of water and doubling the country’s unstable energy supply.

For Ethiopia, the dam is a national wonder — a statement of a people treated cruelly for the last century emerging onto the world stage, and a stepping stone towards industrialisation.

The £3.8bn needed for the project has been raised without international help through private donations and government bonds. Ethiopian civil servants have even been asked to pay part of their salary towards the construction.

But for Egypt, whose 100 million people live almost entirely off the freshwater from the river, the dam poses an “existential threat” according to Egypt’s Minister of Foreign Affairs, Sameh Shoukry.

Egyptian officials say that even a small reduction in the Nile’s waters could worsen already bad droughts and wreak on the country’s rich agriculture sector and water supply.

Sudan, the other downstream country, stands to benefit from the cheap electricity and the flood control the dam will provide.

Talks between the three countries over how the dam should be filled and managed have failed to resolve these fundamental differences.

In February, a US-backed round of talks ended with Ethiopia walking out at the crucial moment. The talks came close to reaching a deal but broke down over detailed legal issues of drought management and international treaties. Ethiopia felt these would damage its sovereignty.

Now Ethiopia is planning to fill it with or without an agreement. In recent weeks, this has prompted analysts and diplomats to issue unprecedented warnings that a peaceful resolution must be found immediately.

Their concerns are well-founded. In the past, Egyptian officials have made thinly veiled threats of military action, saying that Egypt would use “all means available” to protect its water security. Powerful actors close to the government have gone further, saying the Egyptian people will call for war if Ethiopia tries to starve the country.

The Ethiopian Prime Minister and Nobel Peace Prize winner Abiy Ahmed has responded in kind. Last year he said that “No force can stop Ethiopia from building the dam” and that the country would marshal ‘millions’ of men to defend it. 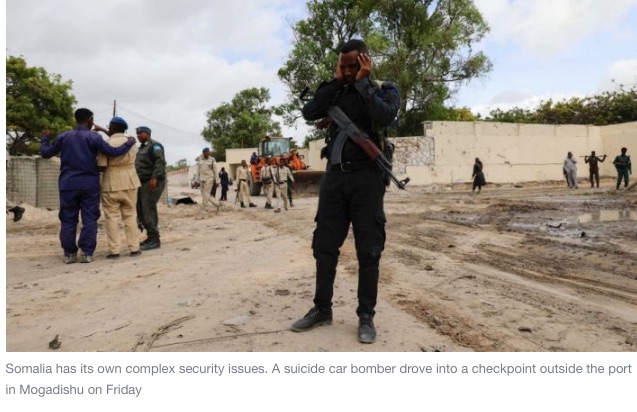 Despite the rhetoric, the chances of outright war between Egypt and Ethiopia are slim. With some 1,000 miles of Sudanese desert separating the two powers, Ethiopia looks invulnerable to land attacks.

Airstrikes on the dam are a more feasible military option for Egypt. However, this would have devastating effects on regional security and would win Cairo few long term benefits.

“If Egypt launched strikes against the dam, what long term advantage would it gain? Even if that strike was highly destructive, Ethiopia would just start building another dam on the Blue Nile. Then in ten years, Egypt would face the same problem but this time it would not be consulted at all,” says William Davidson, Senior Analyst at the International Crisis Group, an NGO based in Brussels. 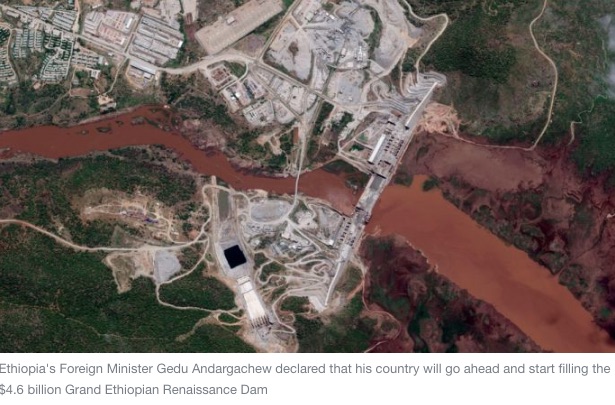 A new round of African Union mediated talks is currently underway. Last week, Egypt’s foreign minister warned that if the United Nations failed to intervene in the dispute, there was a risk of conflict.

“The latest talks represent the culmination of months of brinkmanship,” said Adam Taylor from the Africa-focused risk consultancy, Sofala Partners.

“But it still seems difficult to imagine how either Egypt or Ethiopia could publicly cede ground without losing face.”

It is unclear who will back down first. If no deal is found, tensions in the fragile region will continue to rise with the waters.

The plane load of weapons, detailed in several documents leaked to the Sunday Telegraph, will stay in Egypt – for now.