In Vallejo, California, a former police captain is alleging a secretive ritual that has triggered an independent investigation into the city’s embattled police force: he says some officers involved in fatal shootings since 2000 bent the tips of their star-shaped badges to mark each time they killed someone in the line of duty.

Former Vallejo police Capt. John Whitney, a 19-year department veteran and former SWAT commander who was fired from his job last August, first described the alleged tradition in an interview published this week by Open Vallejo.

According to the unaffiliated news outlet, officers involved in fatal shootings marked those incidents with backyard barbecues and were initiated into a “secretive clique” that included curving one of the tips of their seven-point sterling silver badge. The outlet said it spoke with more than 20 current and former government officials and reviewed records and hundreds of photographs taken before and after fatal shootings. Two officers named in the report denied having bent badges, with one telling Open Vallejo it was a “lie.”

Vallejo, a Bay Area community of 122,000 people, has been in the spotlight for its high number of fatal police shootings in recent years — 18 since 2010 — compared with other California cities. Last month, state Attorney General Xavier Becerra announced the Department of Justice will undertake an “expansive review” of the Vallejo Police Department after lawsuits claiming excessive force and residents’ demands for an outside investigation into officers’ actions.

Police Chief Shawny Williams, who became the first African American to head the department in November after the retirement of previous chief, Andrew Bidou, said Friday that he is calling for an outside investigation to begin as early as next week and could take several months. He said the formal investigation follows his initial inquiry into the allegations.

“We’ve received statements from two different sources within the Vallejo Police Department that badge bending has occurred,” Williams said in a statement. “As a result of these very troubling and disturbing allegations, I’ve asked for an independent outside investigation to be completed by a third party.”

He did not immediately say who would conduct the investigation.

According to Open Vallejo, of the 51 current and former Vallejo officers who have been involved in fatal shootings since 2000, at least 14 had their badges bent by a colleague afterward as part of an “exclusive custom” that even some officers involved in the fatal shootings were never told existed.

After he was fired, Whitney filed an amended retaliation claim against the city in March but did not mention the badge bending tradition. Whitney commented through his attorney, Alison Berry Wilkinson, who said that she plans to file a wrongful termination lawsuit next week that will include what he knew, among other allegations, and described him as a whistleblower.

“We are grateful that Chief Williams has condemned this deeply disturbing practice, but we are skeptical because evidence could have been destroyed since then, and that gives the involved officers a chance to deny the practice with impunity,” she said.

Wilkinson said her client was trying to “speak out against the negative culture” within the department, including about the badges, and was forced out as a result.

Police captains have “at-will” employment with the department, she said, but she’s preparing a lawsuit because Whitney believes he was not given due process and his “whistleblowing activities” played a role in his forced departure.

“They certainly set out to disparage him because he stood up for what was right,” Wilkinson said.

The city did not respond to Whitney’s retaliation claim, which said he expressed “his professional opinions on a variety of misconduct issues with the Police Department.” Whitney said that his dismissal was related to an investigation about leaked information and he was accused of improperly handling information. Wilkinson said he was cleared in the leaking case, but Whitney was still fired and was told it was related to the erasing of personal data, including family photos, from his work phone.

When Whitney left the department, Vallejo Mayor Bob Sampayan wrote a recommendation letter that was also attached to Whitney’s claim. “Frankly, I believe that because John spoke out about a negative culture on the Vallejo Police Department, his reputation was soiled by those that did not want any ‘dirty laundry’ aired,” the letter says.

A city spokeswoman on Thursday said Sampayan was unavailable for comment about what Whitney described in his retaliation claim or the badge-bending tradition.

Efforts to reach Bidou, the retired police chief, by phone Thursday and Friday were not immediately successful, and an email to the Vallejo Police Officers’ Association was not immediately returned Friday. His current employer, Pacific Gas & Electric, declined to make Bidou available, but said in a statement that the company “is aware of these serious allegations, which do not reflect our company values nor the expectations of our employees.”

In a statement, City Manager Greg Nyhoff said that Sampayan last year had alerted him to the “disturbing allegations,” prompting him to ask Bidou about the claim of badge bending. The then-chief told Nyhoff he had previously investigated the claim and it “had not been substantiated,” Nyhoff said.

“The City takes all claims or credible information regarding potential misconduct seriously,” Nyhoff added. “Chief Williams is currently following up on the past allegations taking all investigatory measures, and he will take the appropriate and necessary actions based on the information provided.”

Williams said earlier this week that he would conduct an inquiry to “help me understand the culture of the department in a greater way and take corrective action.”

“I want our community to know that misconduct will never be tolerated under my administration,” he added.

Wilkinson said Whitney learned about the bending of badges in April 2019, two months after the fatal shooting of the rapper Willie McCoy, 20. McCoy was asleep in his car at a fast-food restaurant drive-thru and restaurant workers said they could not wake him. Police said they discovered his car was locked and in drive, and saw a handgun on his lap. While McCoy was unresponsive, the officers on scene devised a plan to block off his car inside the drive-thru to prevent any erratic movement if he woke up. Eventually, they did see McCoy moving, according to bodycam video of the incident.

As McCoy woke up, six of the officers opened fire with 55 rounds, saying they feared he was grabbing for a weapon.

An investigation into the officers’ conduct during the shooting remains open. 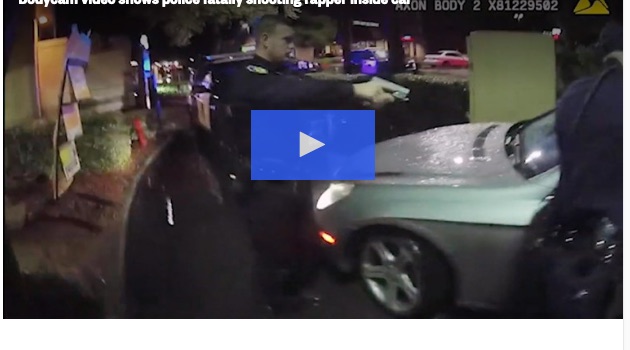 Once Whitney learned about the badge bending, he “wanted an investigation done at that time and also sought to have that very disturbing practice end and be condemned,” Wilkinson said.

Whitney, given his high-ranking position, had ordered supervisors at the end of one meeting to inspect badges and collect any bent ones from their subordinates; 10 were retrieved, Wilkinson said.

But according to Whitney, Bidou had the badges returned to the officers, whose responsibility it would have been to replace or repair them, Wilkinson said.

“What happened to those badges are unknown to my client,” she said, adding that given the time that has passed, any evidence of the alleged badge-bending custom is now gone.

Vallejo police Lt. Michael Nichelini, the president of the Vallejo Police Officers Association, called the allegation a “ridiculous notion” and said any appearance that badges were bent on purpose is false because “they come that way.”

“All of these recent attacks on Vallejo police officers are fabricated lies pushed to fit a narrative that doesn’t exist,” he said in a statement.

Nichelini has been on leave since July 15 in connection with the destruction of a police vehicle windshield that the department failed to preserve and is considered evidence in a fatal officer-involved shooting of a 22-year-old man in June. Becerra’s office announced this month it will open an investigation into the evidence destruction.

His office, however, referred comment on the allegations about a badge-bending practice to Vallejo city officials.

Sampayan, who retired from the Vallejo Police Department as a sergeant in 2006, has said he recalled an incident during his career when an officer had a corner of his badge bent, but didn’t know what it represented. He told the Vallejo Times-Herald that after the practice had been brought to officials’ attention more than a year ago, “changes have been made.”

“I’m not very happy with what it represented,” he said. “To tout and celebrate that you have shot somebody is absolutely disgusting. There’s no place for that kind of display.”

Kori McCoy, an older brother of Willie McCoy, said he wasn’t shocked by the allegations and that they confirm the police department must be “investigated from top to bottom.”

“We’ve been saying from Day One that Willie was executed,” McCoy said.

Russia is aiming for an approved COVID-19 vaccine in the next fortnight to portray itself as a global science leader, but there are major concerns over a lack of data and testing

The Latest: US advises Americans to reconsider...