In this 2019 photo, (from left) Stanley Mozee, Dallas County D.A. John Creuzot and Dennis Allen are shown the day Mozee and Allen were declared “actually innocent” from a murder for which they served 15 years in prison. (The Innocence Project) 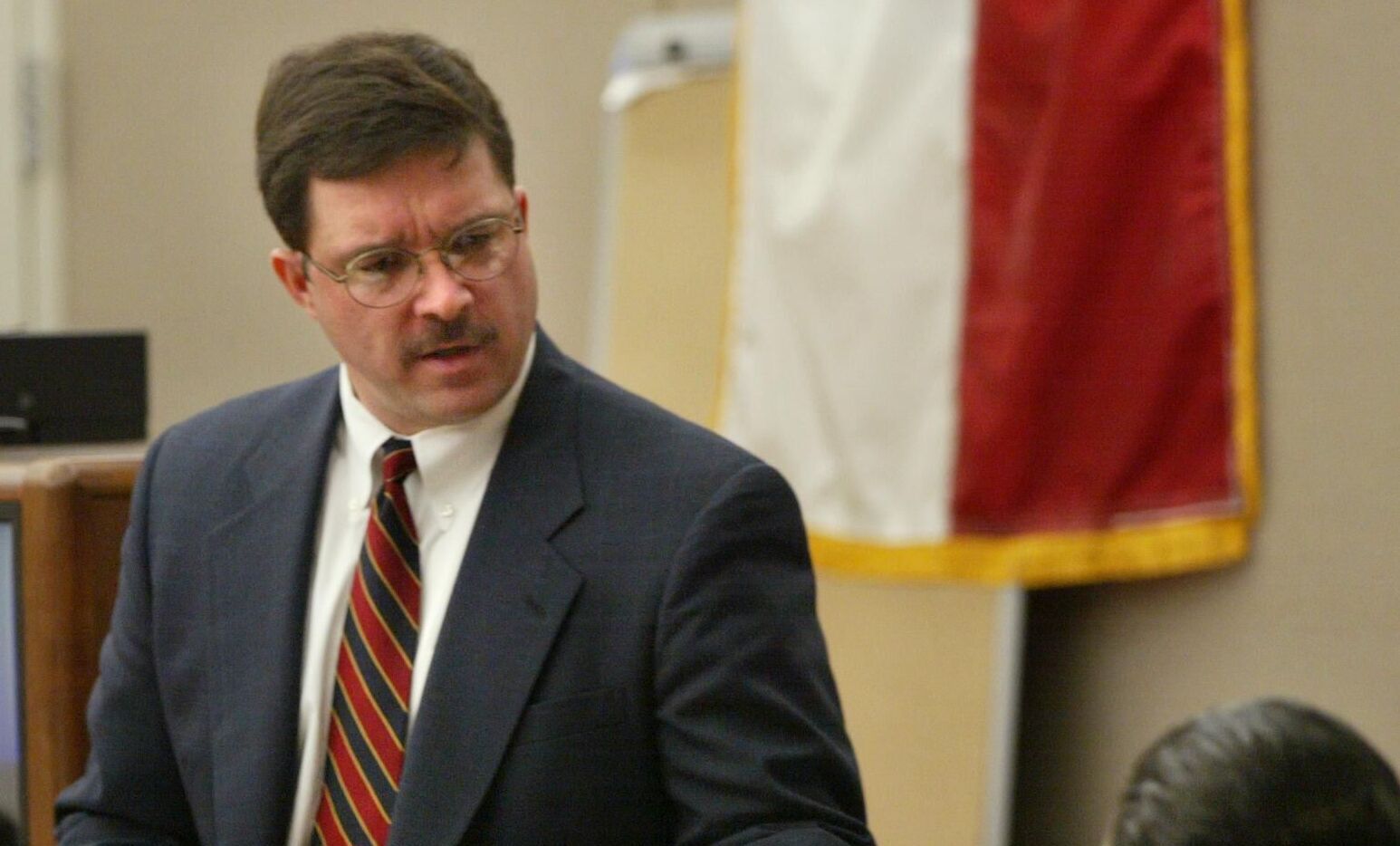 A former prosecutor in Dallas County has been disbarred after the State Bar of Texas concluded he had withheld evidence that could have cleared two Black men tried for murder in 2000.

Richard E. “Rick” Jackson surrendered his law license last month after an investigation found that he did not inform the attorneys for Dennis Allen, now 57, and Stanley Mozee, now 62, about witness accounts and other key evidence.

The men were tried and sentenced to life in prison for the killing of Rev. Jesse Borns Jr., who was stabbed 47 times in 1999 at a leather and woodworking store he owned. The men were released from prison in 2014 based on prosecutorial misconduct, and DNA evidence exonerated them.

“This case is not about someone disbarred for making a mistake or a prosecutor who accidentally or even sloppily failed to turn over favorable evidence,” Nina Morrison, a lawyer with the Innocence Project in New York, who worked to clear Allen and Mozee, told The Dallas News-Observer. “This is someone who repeatedly and intentionally hid favorable evidence from two defendants who were on trial for their lives.”

Jackson, who was fired from the D.A.’s office in 2006, has alleged he did turn the evidence over to defense attorneys in the case. According to his lawyer, he has retired from practicing law and currently drives a tour bus in Alaska.

According to the Innocence Project, Jackson is one of just four prosecutors who have been disbarred due to misconduct that resulted in a wrongful conviction. Including Jackson, two are former prosecutors in Texas.

No one has been arrested in the killing of Rev. Borns. However, witnesses reported seeing two distinctly tall men arguing with him outside of his store the night he was killed, and one of the men had a large scar on his face and neck. Neither Allen nor Mozee fit that description.

Morrison called Jackson’s disbarment “a rare event indeed. And long overdue. We worked for over a decade to uncover the evidence hidden by former ADA Jackson and free our clients from their life sentences. And it took two more years for him to be held accountable.”

‘There is no greater love’: Naomi Campbell welcomes her first child at age 50