Republicans Plan to steal the election of 2020.

Republican’s secret plan was recently exposed to Afro World News correspondent. A uniquely crafted system that is about to be rolled out nationally, a few weeks before November 2020 election.

Trump has made his intentions known and for some, this plan is no longer a secret. Trump told the Politico reporter he’d invited.
“My biggest risk is that we don’t win lawsuits,” He was referring to the series of lawsuits filed by his campaign and the Republican National Committee that fight the expansion of mail-in voting and seek to limit access to the ballot box in November. “We have many lawsuits going all over,” he said. “And if we don’t win those lawsuits, I think — I think it puts the election at risk.”

If you recall, the 2018 Georgia gubernatorial race was rife with voter suppression, voter disinformation, and finally the downright theft of an election by Brian Kemp, the secretary of state and Republican candidate. Kemp used his authority as secretary of state to control the allocation of resources, ballots, and election day procedures in one of the most egregious abuses of electoral power. Trump and Senate Republicans are doing everything within their power to attack voting by mail and also to drastically defund the U.S. Postal Service. 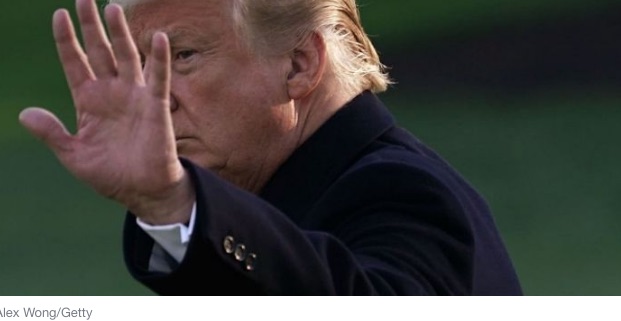 As Trump continues to float ideas about proponing the election, he also continues to declare that the election will be fraud if he does not win. The lawyer for the Trump campaign told 60 minutes, “The president views vote-by-mail as a threat to his election,”

Attorney General William Barr told Fox News that vote-by-mail “absolutely opens the floodgates to fraud.” And Trump blasted out in a May tweet that “MAIL-IN VOTING WILL LEAD TO MASSIVE FRAUD AND ABUSE. IT WILL ALSO LEAD TO THE END OF OUR GREAT REPUBLICAN PARTY. WE CAN NEVER LET THIS TRAGEDY BEFALL OUR NATION.”

If the democratic party allows the Republicans to implement these voter’s suppression plans, they will not only lose an election but lose the confidence of millions of Americans.

Yelp Is Making It Easier To Search For Black-Owned Businesses

Obaseki gets a Hero’s welcome at the...