“Get better soon Rudy, we will carry on!!!” Trump exclaimed while praising Giuliani’s record.

Giuliani has been the face of Trump’s legal efforts to overturn the results of the November election, and he has appeared at recent events in Arizona, Michigan and Georgia seeking to reverse the outcome in states narrowly won by President-elect Joe Biden.

Almost all of Trump’s legal cases have been tossed out by judges, many of them appointed by Republicans and ruled baseless. Trump’s legal team has continued to persist in sowing doubt about the results, even as key states certified Biden’s victory.

Some of the events have featured Giuliani and other Trump supporters not wearing masks; the Centers for Disease Control and Prevention last week recommended wearing a mask as a universal approach to stopping the highly infectious virus. 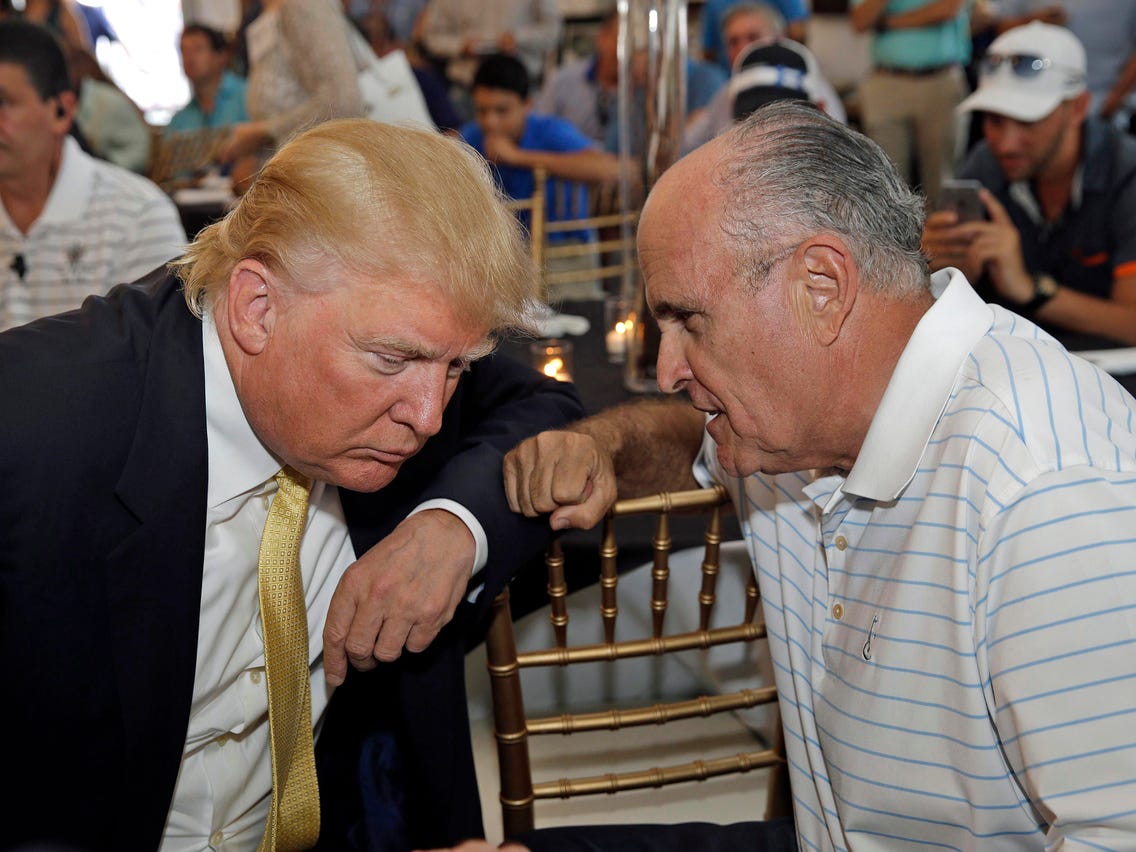 Coronavirus cases and hospitalizations continue to strain health care infrastructure across the United States as experts brace for a surge driven by holiday travel and the colder weather driving people indoors.

More than 280,000 Americans have died so far of COVID-19, the disease caused by the coronavirus, according to the latest estimate by Johns Hopkins University. The U.S. has had just under 15 million confirmed cases.

Many in Trump’s inner circle, both in the White House and on the campaign, have contracted the disease in recent months. Trump himself contracted the disease and was hospitalized in October at Walter Reed National Military Medical Center, where the 74-year-old commander in chief was given therapeutics that suggested a severe case.

Trump has repeatedly downplayed the coronavirus, and assured supporters that they would stop hearing about it after the November election.

On Saturday night, Trump held a Georgia rally in which he continued to insist he won the November election and urged his supporters to turn out for a pair of Senate runoffs in January. Many of those supporters were also not wearing masks, including people directly behind the president.