Senate Confirms Ketanji Brown Jackson to Supreme Court; A Historical Accomplishment for Democratic Party and a Victory for America

The 53-47 vote elevated the first African American woman to the pinnacle of the judicial branch as senators erupted in cheers. All Democratic party Senators including 3 Republicans joined Democrats in supporting President Biden’s nominee.

Justice Jackson’s overwhelming qualifications made her one of the most suitable judges ever to be appointed to the US Supreme court. She overcame a concerted effort by conservative Republicans to derail her nomination, Judge Jackson was confirmed on a 53-47 vote, which is a historical accomplishment for the Democratic party and for president Biden in particular. 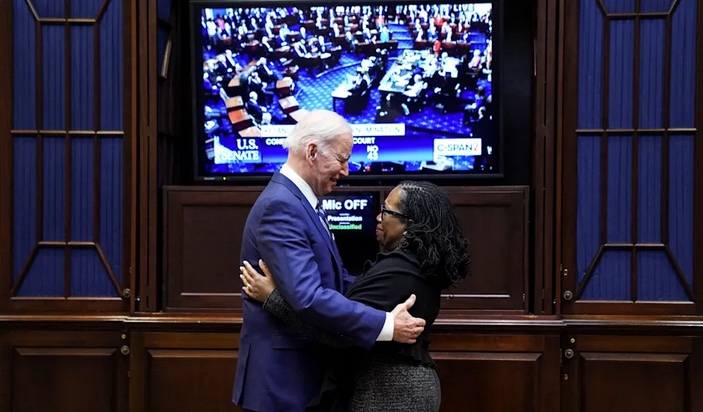 Today is a Good Day for all Americans and a reinforcement of the great ideal that America stands for.

Are Trump & Republicans Willing to Die For the Right to Be Racist?