Home PoliticsAfrica News The Great Benin Empire’s artwork worth billions of dollars were looted in 1897. These great artworks are now all over Europe and American museums, but none in Africa.
Africa NewsCommunityLifeOP-EDPoliticsUS NewsWorld News

The Great Benin Empire’s artwork worth billions of dollars were looted in 1897. These great artworks are now all over Europe and American museums, but none in Africa.

Below is a picture of Mark Walker, grandson of Capt. Herbert Walker, outside the palace of the Oba (king) of Benin, now in Edo State, Nigeria. In 2014 as he returned bronzes looted during the 1897 Great Benin Empire war with Britain. That was 6 years ago, and the debate of whether the British government needs to return stolen artworks worth billions of dollars range on. 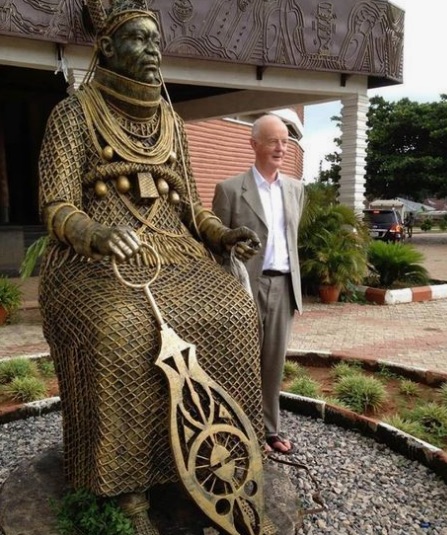 Walker further stated, “It was very humbling to be greeted with such enthusiasm and gratitude, for nothing really. I was just returning some art objects to a place where I feel they will be properly looked after,”. 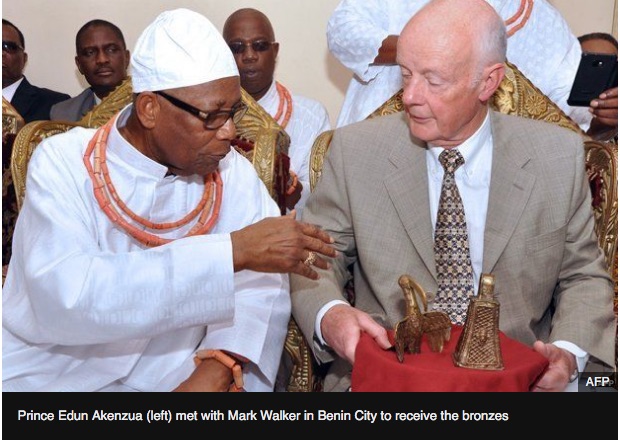 The British Museum holds thousands of great artworks pieces including bronze, ivory, clay, wooden, and iron objects from the Great Benin Empire.
The Great Benin empire began in the early 300s when the Edo people migrated from Ancient Egypt and settled in the Western region of Africa. By the late 600s they had created one of the world’s wealthy kingdom with a powerful king, known as the Ogiso(Kings from the sky). 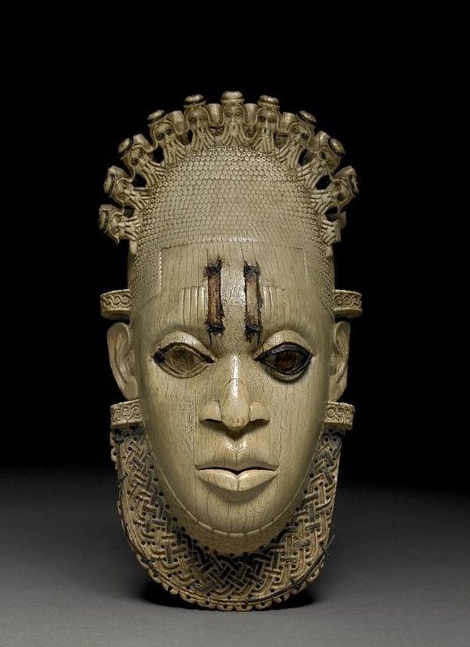 The Great Benin empire stretched from the ancient capital city of Benin city, covering entire Southern Nigeria and spreading to the present day Eastern Togo, the whole of the present-day Republic of Benin, and some part of Ghana.

If and when the British government agrees to return these great artworks, the question remains whether the Nigerian government will be able to protect and establish a museum capable of exhibiting these artworks.

Nigerian Mother and daughter nurses from Ark. support each other through coronavirus work at NY hospitals