The Lincoln Project, a conservative-led political action committee aimed at driving down Republican support for President Trump, has generated buzz in recent months with its slick attack ads. But those ads have just been a warm up for a million dollar digital ad campaign that is launching Thursday, one of the group’s co-founders said in an interview with Yahoo News this week.

Mike Madrid, a veteran GOP political operative from California who oversees the Lincoln Project’s political operations, explained that airing commercials on television and online for the past few months helped the group gather data for this hyper targeted blitz aimed at crucial swing states in the final months leading up to election day.

“We’ve … been doing this with a purpose,” Madrid said. “These ads have been running in limited runs as we check the analytics to see how the response is. And now, in the last 80, 90 days, it’s all about execution. So we’re now putting the money and the firepower behind it in eight key States where we think it will make a difference by moving Republican votes.”

This digital ad campaign will involve spending $1 million on social media sites, direct email, and search engines to reach voters in Pennsylvania, Ohio, Wisconsin, Florida, Texas, Arizona, North Carolina, and Georgia. Voters in those states will see eight different commercials that the Lincoln Project made. Some of the ads have already aired on television and they have all been released online where they have collectively earned over ten million views.

According to Madrid, the prior releases allowed Lincoln Project to collect data on who the commercials resonated with most strongly and they are aiming to have each commercial reach specific viewers who are likely to be moved by it. 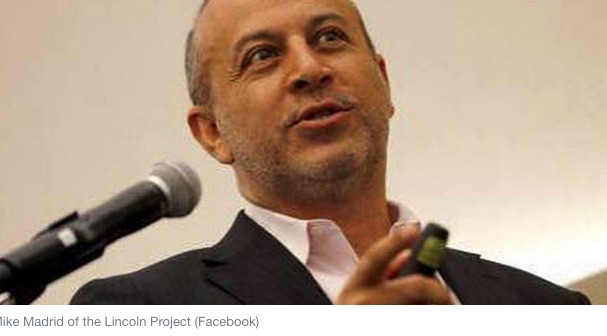 “We call it realtime focus grouping because we get analytics back every day on how the ads perform with different voter segments. And then once we get that data, we take a look at it, we overlay it with our targeted swing counties, our swing demographics in the states, and now we’re putting the muscle behind it to make sure that we’re driving the message home to where we know it’s going to have the greatest impact,” Madrid said.

The digital space allows advertisers to focus on precise population segments including people in specific age groups, regions, and professions. So, a pair of ads entitled “Memories” that highlights how events like birthday parties, church services, and graduations have been missed due to the coronavirus will be shown to seniors. The commercials call the disease “Trump’s virus” and say, “most countries stopped it, Trump refused.”

Madrid explained that those ads will be aimed heavily at viewers in the “65 plus demographic” in “Sunbelt states” like Arizona and Florida. “This voter that research is showing us believes that the coronavirus situation has been so mismanaged and the competence of the administration has led us to this point,” Madrid said.

For example, the Lincoln Project has a “Mourning In America” ad — which flips President Ronald Reagan’s optimistic and iconic “Morning In America” campaign — to highlight bleak footage of abandoned factories and coronavirus job losses. That ad will be targeted at states like Pennsylvania and Ohio where there have been heavy losses manufacturing jobs.

Along with these targeted messages Lincoln Project’s digital blitz also includes commercials designed to appeal to the broader Republican audience. This includes a pair featuring ex-Navy SEAL Dan Barkhuff excoriating Trump’s handling of Russian aggression. Messages featuring veterans is “the one thematic that works across all segments of the Republican coalition,” Madrid said.

Veteran ad appeal to everyone from a college educated, suburban mom to an evangelical voter, according to Madrid. “Those ads move the dial everywhere,” he said. “That ad is going to run the most broadly.”

While the Barkhuff ad will run to a wide cross section of Republican voters in the states targeted by the Lincoln Project, Madrid said it is also being targeted towards veterans. 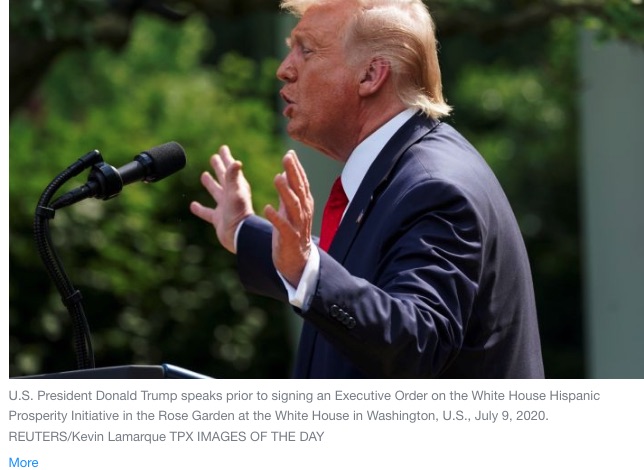 For his part, Trump has previously blasted the Lincoln Project on Twitter as a group of Republicans in name only who had been “BADLY beaten” in efforts to back more mainstream GOP candidates and stop his rise in 2016.

“They don’t know how to win, and their so-called Lincoln Project is a disgrace to Honest Abe,” Trump said. “They’re all LOSERS, but Abe Lincoln, Republican, is all smiles!”

Trump tweeted personal attacks on several of the Lincoln Projects co-founders including Steve Schmidt, a veteran strategist who worked with the late Arizona GOP Sen. John McCain, John Weaver, who managed former Ohio Gov. John Kasich’s presidential campaign in 2016, and George Conway, a lawyer who was considered for posts in Trump’s administration and is the husband of the president’s top adviser, Kellyanne Conway.

Erin Perrine, a director of press and communications for Trump’s campaign, responded to news of the new digital campaign by dismissing the Lincoln Project as a creature of the Washington DC “swamp” and pointing to Trump’s strong support among Republicans.

“This is the swamp – yet again – trying to take down the duly elected President of the United States,” Perrine said in an email to Yahoo News. “President Trump is the leader of a united Republican Party where he has earned 94 percent of Republican votes during the primaries – something any former president of any party could only dream of.”

Trump’s support may still be strong among Republicans, but Madrid said the Lincoln Project believes Biden can win if three to five percent of GOP voters abandon the president and back the Democratic ticket. Specifically, the group is targeting what it has dubbed “The Bannon Line” — four percent of Republicans. That measure comes from Trump’s former top campaign and White House strategist Steve Bannon, who said in a January interview that the Lincoln Project could be a real threat to Trump if it influenced a relatively small number of Republican voters. 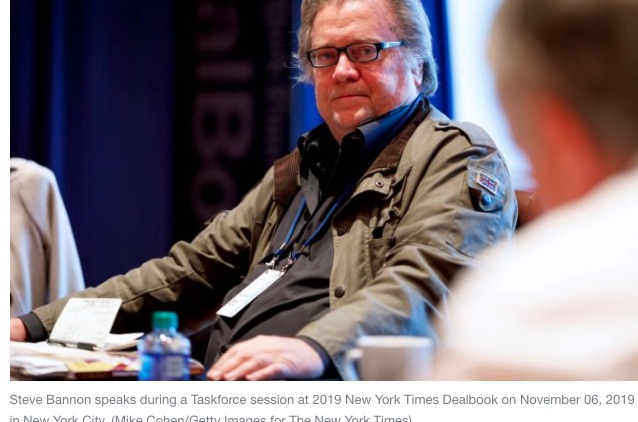 “If these guys can peel off 3 percent or 4 percent, that’s going to be serious,” Bannon said.

Bannon did not respond to a request for comment.

Madrid said, based on its own research and polling, that the Lincoln Project believes Bannon is “exactly right mathematically.”

“You peel off just four percent of the Republican vote and it’s very hard for Trump to win the election,” said Madrid, “That’s really one of the key metrics that we look at.”

To that end, along with targeting specific groups of voters in key states, the Lincoln Project is aiming to have its ads run in swing counties where their data shows “the largest fluidity” with voters moving between parties, Madrid said.

Currently, with polls showing Trump down an average of more than seven points against former Vice President Joe Biden, Madrid said the Lincoln Project believes that margin is already much “deeper than” the Bannon line. However, Madrid noted “the race will probably tighten up if history is a guide” and said the Lincoln Project plans to increase its spending after gathering data from this latest campaign.

“We only need one in 25 Republicans to say, ‘No.’… To say, ‘we’re done with this nonsense,’” he said. “Are we there? Right now, every, every, every national poll suggests we are deep into that.”

Africans In Ukraine are Facing Racism and...