The Police office that “allegedly” murdered Floyd is a Trump Supporter! Report claims

Bridgett Floyd, Floyd’s sister, said on NBC’s “TODAY” show Wednesday morning that she wants all of the officers at the scene to be charged with murder. Officers were responding to a report of a forgery at a grocery store when they encountered Floyd outside.

“They murdered my brother. He was crying for help,” Bridgett Floyd said. 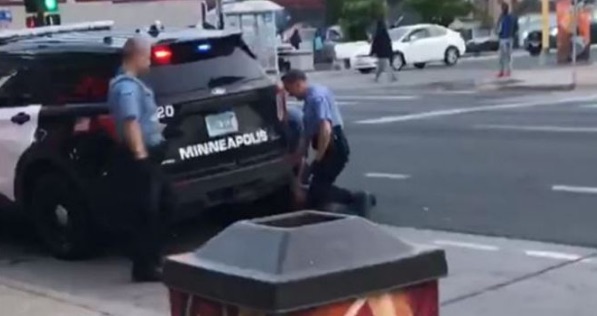 Chauvin, who joined the Minneapolis Police Academy in October 2001, has had a career that included use-of-force incidents and at least one lawsuit related to an allegation of violations of a prisoner’s federal constitutional rights.

In 2006, Chauvin was one of six officers from the Third Precinct who responded to a stabbing at a Minneapolis home. Police said Wayne Reyes stabbed his friend and his girlfriend and then threatened to kill all of them with a shotgun. The report also claims that he was proud of being a Trump supporter.

According to Afro World News investigations, in 2007, Chauvin and seven others were named in an unrelated federal lawsuit filed by an inmate at the Minnesota Correctional Facility at Lino Lakes. Again In 2008, Chauvin and a second officer were called to a residence for a domestic disturbance, and Chauvin fired twice, hitting Mr. Toles in the abdomen.

Kellie Chauvin’s wife stated, “Under all that uniform, he’s just a softie,” In many cases where police officers project and inflict violence on an innocent victim, it can be attributed to their low self-esteem and personal issues. In this case, it was surely an act of cowardice to knee on a man who was down, handcuffed, and stating that he can breathe.. In a real-life situation, without a gun or badge, Chauvin will stand no chance against Mr. Floyd.

Does Vladimir Putin Care What the War...