The racism denier in charge of defending black rights in Brazil

When Damares Alves was appointed Minister of Women, Family and Human Rights, she proclaimed that this was a “new era in Brazil: boys wear blue and girls wear pink”.

“Nobody will stop us calling girls princesses and boys princes, we are going to end this abuse of ideological indoctrination,” she said in her inaugural speech as minister.

Her supporters cheered; her detractors saw her as outdated. And her controversial views on expanding rights for women continues.

Alves, who is also an evangelical pastor, opposes abortion and she’s recently backed a campaign to encourage abstinence in an effort to bring down a stubbornly high rate of teenage pregnancies in Brazil.

But Jair Bolsonaro’s government likes to stir. He’s ripping up the way politics is done in Brazil. And has done it again with another divisive appointment: Sergio Camargo.
Victim mentality

This week, the president confirmed that Mr Camargo, a black journalist, would head up the Palmares Cultural Foundation. The influential government-funded institute is responsible for promoting and preserving the cultural, historic, social and economic values of black society in Brazil.

Mr Camargo describes himself on social media as a “black right-winger, an anti-victimist” – he’s also denied real racism exists in Brazil, comparing it to the US where he considers it a serious problem. 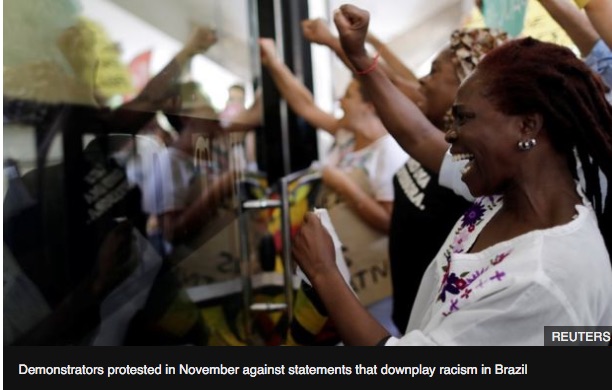 Sergio Camargo’s appointment was contentious from the start. His nomination was suspended at the end of last year after huge criticism. But earlier this week, the Supreme Court overruled the decision, allowing him to take up the role and paving the way for Mr Bolsonaro to reinstate him.

Mr Camargo responded to the news, calling it a “defeat for the racists on the left – the victory of a black person who thinks for himself and is free.”
Nutella racism

In a social media post last year, he used the term “Nutella racism” to describe the problem in Brazil. It’s a disparaging phrase designed to put down the younger generation – substitute Nutella for avocado toast in the English-speaking world perhaps and you get the gist.

“Black people complain because they are stupid and misinformed by the left,” he said in the post. He has argued that “Brazil needs a black movement that is free with its opinions and political choices otherwise the victim mentality of the left will prevail”.

Bolsonaro’s son Eduardo also tweeted after the appointment, arguing that his work would be “immensely important in the fight against the handcuffs of ideological slavery that Brazil is subjected to”. 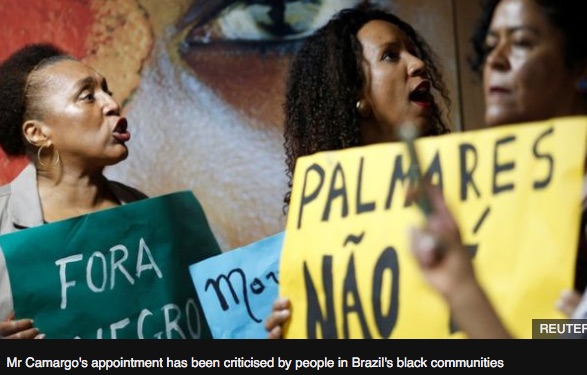 But racial justice academics from the Brazilian Centre of Analysis and Planning said they viewed his nomination with “fear and indignation”, arguing that “he didn’t represent the anti-racist organisations and civil groups that have built this space over the past decades”.

Sergio Camargo’s attitude is a minority view now but one that many in Brazil used to share – this idea that the country was a racial democracy, a place where there was little or no racism unlike the US or Europe.

How Brazil’s culture wars are being waged in classrooms
Old enemies unite to save their land
Jair Bolsonaro: Brazil’s unlikely president

“A lot of people believed the national ideology that there was little or no racism,” says sociologist Edward Telles. Attitudes changed, especially after the World Conference against Racism in South Africa in 2001, he says.

“Before that, people hardly mentioned race, it was a taboo subject. Then there was this tidal wave and it completely changed,” adds Dr Telles. “After that, by the mid- to late-2000s, it was clear that few people believed that.”

But these people exist – and now they sit in positions of power.
Bolsonaro ‘a true disaster’

Jair Bolsonaro has himself defended Brazil’s slave trade – the biggest in the Americas.

“The Portuguese didn’t even set foot in Africa,” he said, erroneously, in a television interview before being elected in 2018. “It was the Africans themselves who handed the slaves over.”

Ana-Lucia Araujo, a Brazilian Professor of History at Howard University in Washington DC, says that Mr Camargo’s appointment “is an attempt to destroy what was conquered by Afro-Brazilians and Brazilian black movements since the end of the military dictatorship.

“The current government is a true disaster regarding the fight against racism and racial inequalities that are at heart of Brazilian history.”
Indigenous rights under threat too

This is second controversial appointment made in the past week.

A former evangelical missionary, Ricardo Lopes Dias, was also named head of the government department that protects isolated indigenous tribes from contact with non-indigenous people. His previous role as a missionary aimed to convert those communities to Christianity. 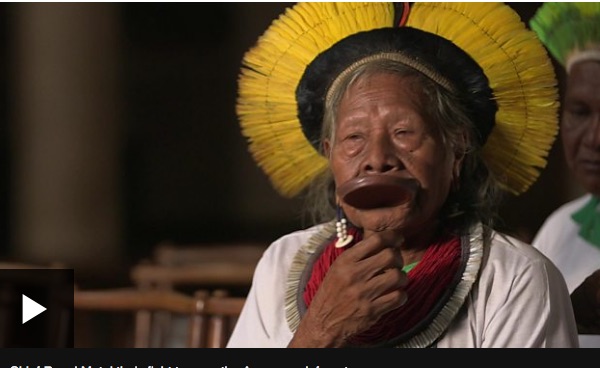 Again, it’s an appointment that has come under attack.

“It’s clearly deliberate. Bolsonaro knows exactly what he’s doing. He is putting the fox in charge of the hen house,” says Jonathan Mazower of Survival International. 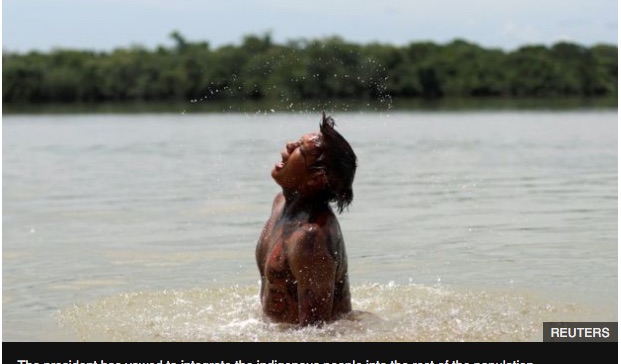 “It is such a naked assault, an overt and explicit assault on the consensus of the last three or four decades which has been all about protecting such peoples who are incredibly vulnerable to outsiders bringing in diseases quite apart from the violent attacks that many of them have suffered in the past,” adds Mr Mazower.

Bolsonaro’s administration often accuses previous leftist governments of sowing divisions in Brazil that never existed. But so far his attempts to unite Brazilians seem to have failed.

A removed statue dredges up racism against blacks, Latinos in Texas Rangers’ history

Why there are fears that Ethiopia could...