‘To India I come as a pilgrim’: Martin Luther King Jr.’s remarkable trip to honor his hero

After six full days of travel, Martin Luther King Jr. had finally arrived. He was met with wreaths of flowers and driven to a luxury hotel near the India Gate. He undoubtedly had jet lag, but before he could sleep it off, a news conference was set up in the lobby.

“To other countries I may go as a tourist, but to India I come as a pilgrim,” he told the two dozen reporters gathered there on Feb. 10, 1959.

They peppered him with questions. Was it true interracial marriage was illegal in the American South? Could nonviolent protest work in colonized Africa? Was he a vegetarian?

The Montgomery bus boycott three years earlier had been closely watched in Indian newspapers, particularly since King, as the young leader of the boycott, espoused the teachings of Indian leader Mohandas K. Gandhi. Now, he would be spending a month in India to learn more and pay homage to his hero.

King first learned about Gandhi as a seminary student in 1949, just a year after Gandhi had been assassinated. He soon wrote about Gandhi in his schoolwork as a person who “greatly reveal[s] the working of the Spirit of God.”

Six years later, after the arrest of Rosa Parks, King led the 381-day boycott that would make him famous. Of the nonviolent direct action technique, he said, “Christ showed us the way, and Gandhi in India showed it could work.”

King had always hoped to visit India, but the civil rights movement kept him too busy for years. Finally, in 1959, a trip was organized and co-sponsored by the American Friends Service Committee and the Gandhi National Memorial Fund. His wife, Coretta Scott King, and biographer Lawrence D. Reddick joined him on the trip. 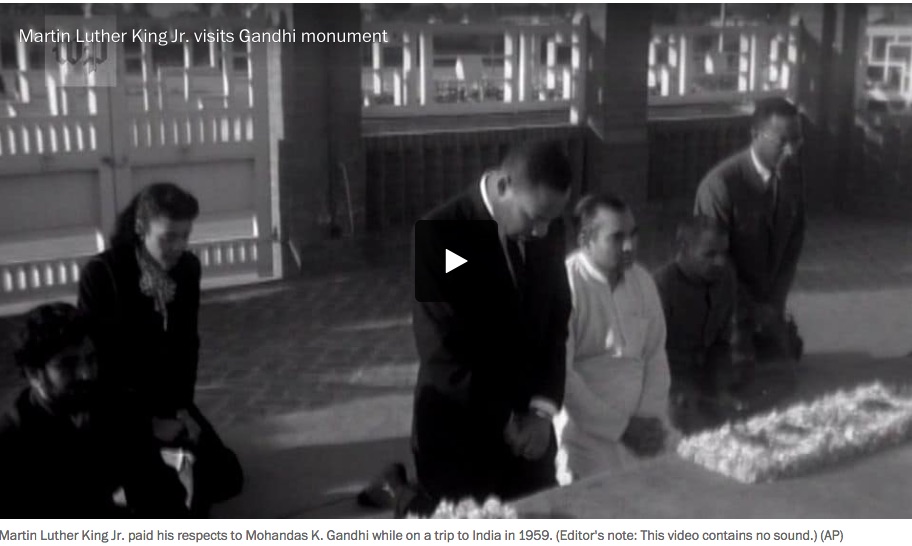 Everywhere they went, they were treated as honored guests, King later remembered. They had to turn down hundreds of invitations but still had a jam-packed schedule throughout their stays in New Delhi, Mumbai, Kolkata and Chennai.

One of their first stops was to the samadhi, or cremation site, of Gandhi’s remains. King and his party laid a wreath of flowers; according to one observer, King was “deeply moved” and knelt to pray for a long time.

He met with India’s prime minister, Jawaharlal Nehru, and vice president, Sarvepalli Radhakrishnan, who had been close associates of Gandhi’s during India’s struggle for independence. Later, in her memoir, Coretta King said her husband compared it to “meeting George Washington, Thomas Jefferson, and James Madison in a single day.”

King met with many of Gandhi’s friends and family, who gave him their blessing to continue spreading Gandhian teachings. He visited Buddhist and Hindu temples and with leaders of movements to redistribute land and eradicate the caste system.

He also gave lectures at several universities. In Mumbai, he had a particularly spirited discussion with African students who challenged him on whether nonviolence could be effective in the struggle against colonialism in Africa, according to the Martin Luther King Jr. Research and Education Institute at Stanford University.

“They felt that non-violent resistance could only work in a situation where the resisters had a potential ally in the conscious of the opponent,” King later said. “They, like many other students, tended to confuse passive resistance with non-resistance.”

Coretta joined King at many of these talks, and “the Indian people love to listen to the Negro spirituals,” King wrote later in Ebony magazine. “Therefore, Coretta ended up singing as much as I lectured.” 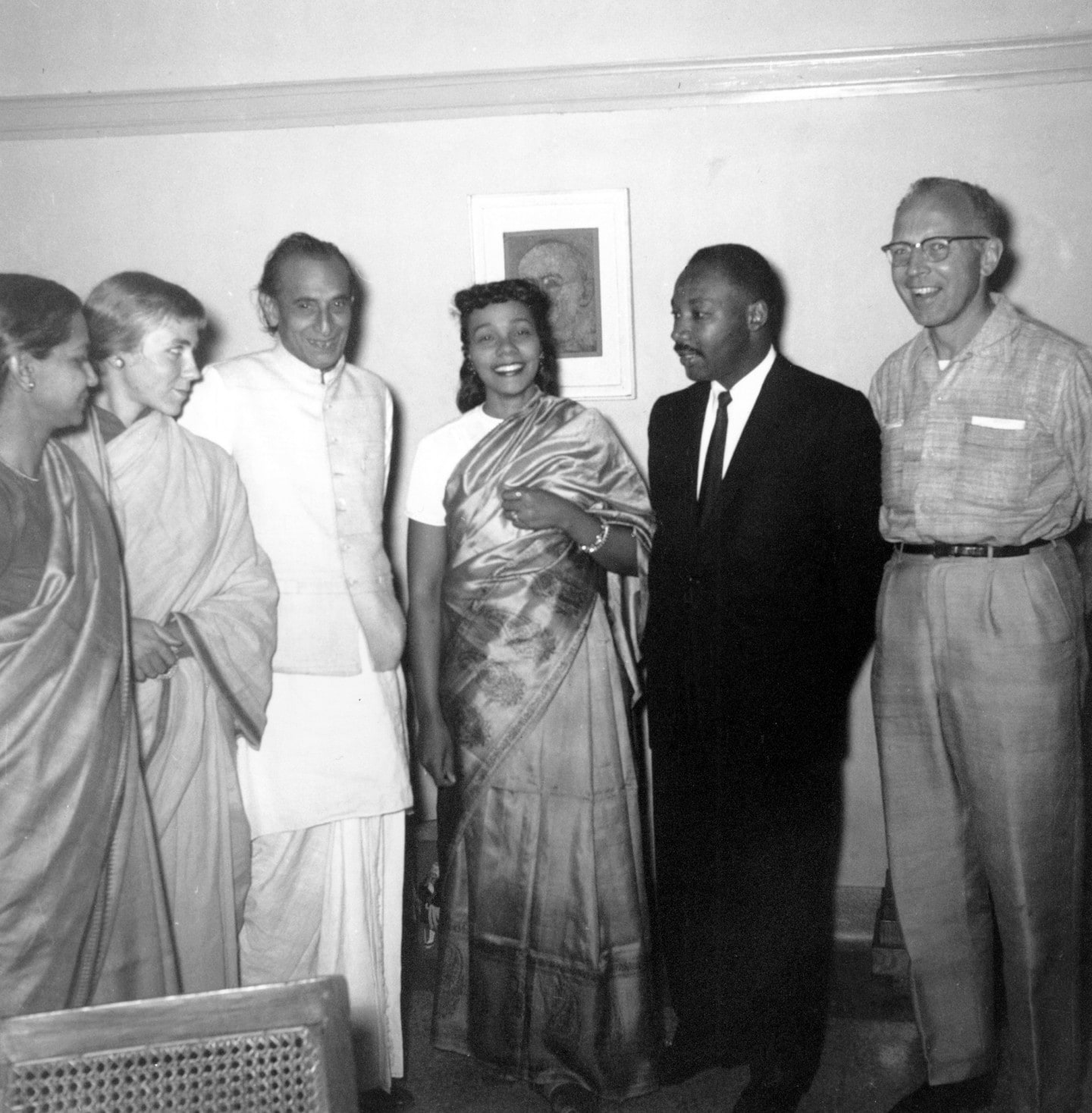 While in Mumbai, King was also invited to stay at Gandhi’s private residence. He wrote in the guestbook, “To have the opportunity of sleeping in the house where Gandhiji slept is an experience that I will never forget.” (Adding “-ji” to a name signifies reverence.)

Toward the end of the trip, one of his guides observed “both the Kings (especially King himself) are JUST PLAIN EXHAUSTED.”

Martin Luther King Jr. was stabbed by a deranged woman. At 29, he almost died.

King gave a final news conference and radio address on March 9, the night before their departure, telling listeners he was leaving India “more convinced than ever before that the method of nonviolent resistance is the most potent weapon available to oppressed people in their struggle for justice and human dignity.” (You can listen to the audio here.)

King had another news conference when he arrived back in New York City a few days later, but it doesn’t appear to have been well attended; neither The Washington Post nor the New York Times mentioned it.

Four days later, he returned to the pulpit for a Palm Sunday service. He preached to his congregants about Gandhi’s life and martyrdom, comparing him to Jesus and Abraham Lincoln. He told them — six years before the march from Selma to Montgomery — about the Salt March in 1930, when Gandhi led millions on a 218-mile nonviolent protest of an unjust law. Hundreds were beaten by British authorities and more than 60,000 arrested, but, “the British Empire knew, then, that this little man had mobilized the people of India to the point that they could never defeat them,” King said.

Jesus once said he had other sheep who “were not of this fold,” King reminded the congregants, before concluding, “It is one of the strange ironies of the modern world that the greatest Christian of the 20th century was not a member of the Christian church.”