Vanessa Bryant made her thoughts clear after Los Angeles County Sheriff Alex Villanueva pressured LeBron James to donate $175,000 to a search for a shooter who wounded two police officers.

She is not pleased.

The widow of Kobe Bryant published an Instagram story late Monday referencing Villanueva’s callout of James, which he made on a local radio station earlier in the day. She also posted multiple references to his department leaking photos from the site of the helicopter crash that claimed the life of Kobe and their 13-year-old daughter, Gianna. 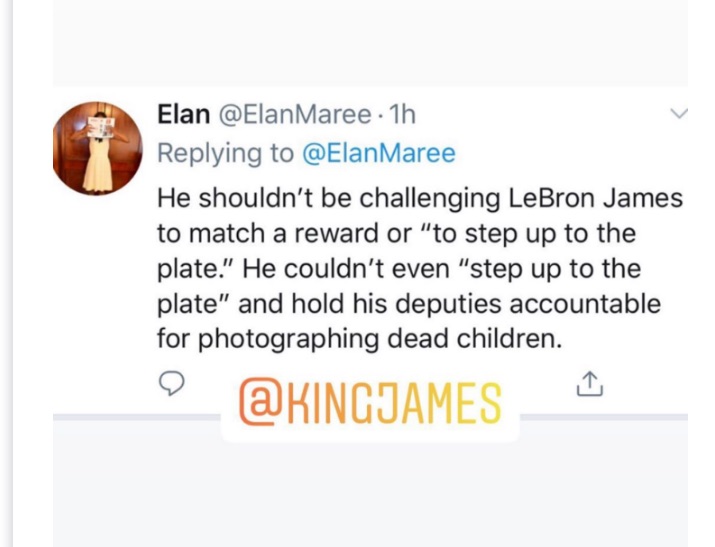 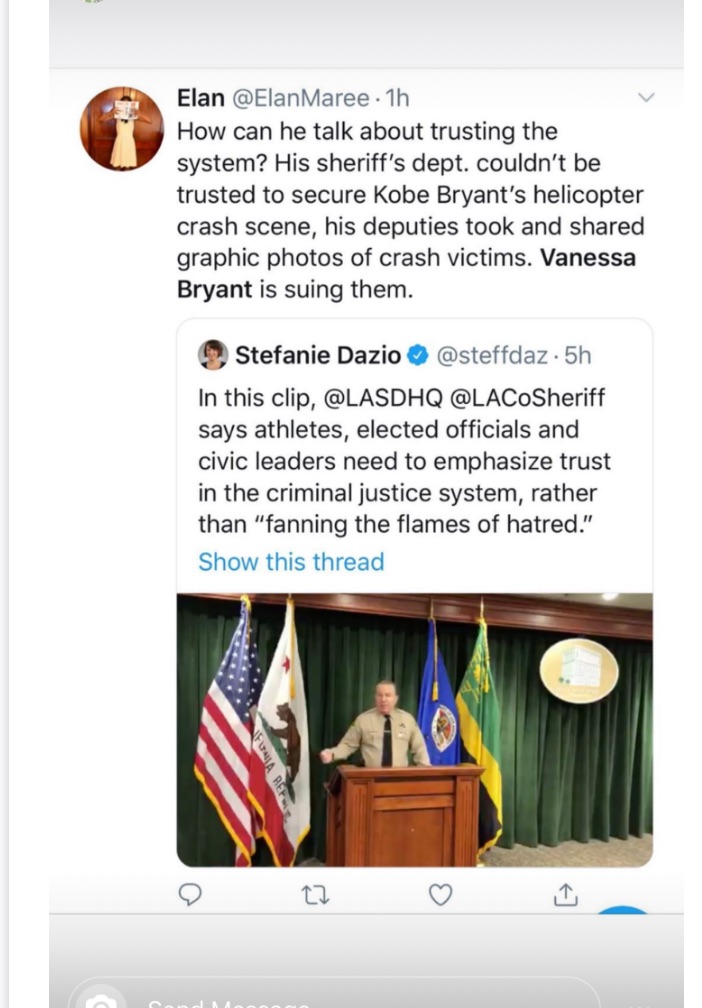 A lone gunman approached and shot two deputies in their patrol car on Saturday in Compton, California, leaving the unidentified 31-year-old woman and a 24-year-old man hospitalized, where they were reported to be in stable condition as of Monday afternoon. The incident was captured on surveillance video.

The gunman remains unidentified and at large.

Villanueva pressured James in an interview with conservative talk radio station 790 KABC on Monday, telling host John Phillips that donors had pledged $175,000 to find the shooter. He called for James to match the pledge.

“I want to make a challenge,” Villanueva said. “This challenge is to LeBron James. I want you to match that and double that reward. Because I know you care about law enforcement, you expressed a very, very interesting statement about your perspective on race relations and officer-involved shootings and the impact it has on the African American community. And I appreciate that.

“But likewise, we need to appreciate that respect for life goes across professions, across race. And I’d like to see LeBron James step up to the plate and double that.” 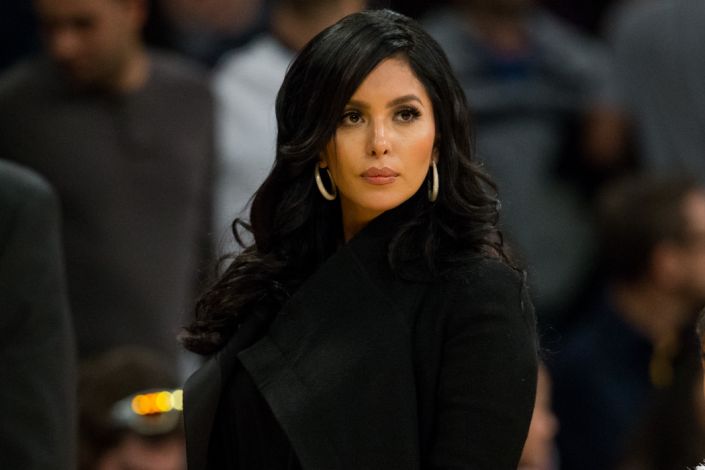 Vanessa Bryant attends the game between the Los Angeles Lakers vs. the Indiana Pacers at Staples Center on Sunday, Nov. 29, 2015, in Los Angeles. (Photo by John Salangsang/Invision/AP)

James is an outspoken advocate and philanthropist for social justice causes and issues of race. He tweeted criticism of law enforcement after the police shooting of Jacob Blake in Kenosha, Wisconsin, commentary that appears to be the “very, very interesting statement” Villanueva referenced on Monday.

“And y’all wonder why we say what we say about the Police!!” James wrote on Twitter alongside a video of the shooting. “Someone please tell me WTF is this???!!! Exactly another black man being targeted. This s–t is so wrong and so sad!! Feel so sorry for him, his family and OUR PEOPLE!! We want JUSTICE”

James is a frequent target of right-wing criticism because of his social justice stances. Pundit Candace Owens amped up the rhetoric on Sunday blaming “pea-brained celebrities … like [LeBron James]” and the Black Lives Matter movement for the Compton shooting. Fox News host Laura Ingraham, who famously told James to “shut up and dribble”, promoted Villanueva’s statement on her Twitter page on 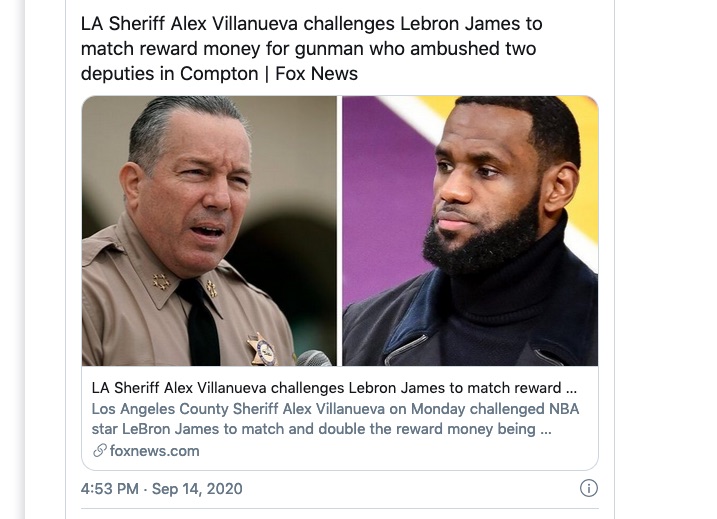 James has not responded to Villanueva. But Bryant did by pointing out allegations of corruption related to January’s fatal crash. Deputies took photos from the crash site on their personal devices and shared them in private settings. They eventually made it to the internet.

Villanueva admitted that the photos were taken and said in March that he ordered deputies to delete them, prompting concerns about the destruction of evidence.

L.A. deputies tackled and arrested a reporter., and use Racist Tweets.

Is the Daily Shooting of Black Men...

New York bishop and his wife were...