A group of veterans opposed to President Donald Trump released a new video calling him out over reports that the U.S. government knew the Russian military paid bounties to Afghan militants for killing American soldiers.

On Friday, The New York Times reported that Trump was briefed on the situation in March, but took no action against Russia. To the contrary, Trump said he would like to invite Russian President Vladimir Putin to the next G-7 meeting in September.

Trump said on Twitter that he was not briefed about the alleged bounties, called the Times “fake news” and claimed “nobody’s been tougher on Russia” than his administration.

VoteVets ripped into him.

“Putin owns Donald Trump,” the organization wrote on Twitter, along with the #TRE45SON hashtag that went viral over the weekend. The group also released a new video: 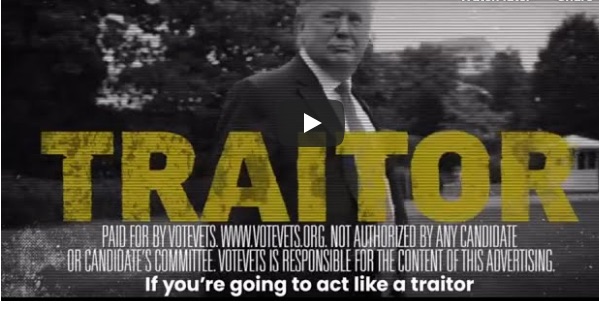 “Intelligence reports on his desk. He says nothing to his master. Takes no action to protect us,” the voiceover stated. “If you’re going to act like a traitor, you don’t get to thank us for our service.”

Love HuffPost? Become a founding member of HuffPost Plus today.

Africa free-trade vision clouded by virus and pace of talks

Another White – caucasian woman and Arlo...