What we know — and what we don’t — about Susan Rice, a potential Biden VP pick

Presumptive Democratic presidential nominee Joe Biden has long said there is one quality in a vice-presidential pick that he values above all: the ability to be “simpatico” with him.

And only one vice-presidential shortlist finalist — former Obama administration national security adviser Susan Rice — boasts a long personal and professional relationship with the former vice president. The pair worked closely during the Obama years, and she is considered a member of Biden’s inner circle.

But while Rice is a successful and accomplished diplomat who has already served as a top White House official, not much is known about her views on matters of domestic policy. She has also never run for elected office, meaning that her appeal to voters is, as of now, completely theoretical.

Rice’s strength is found in her substantial foreign policy chops. Under President Bill Clinton, she served on the National Security Council and was eventually promoted to senior director of African affairs in 1995. Two years later, Rice became the youngest assistant secretary of state. She was 33.

Those who have studied Rice say that her time working in Clinton’s State Department was a formative experience, in particular her role in guiding the U.S. response to the Rwandan genocide in 1994. She argued against intervening militarily, a decision that critics said cost hundreds of thousands of lives.

In the years since, Rice has advocated for the U.S. to take stronger stands against human rights violations. When she was the U.S. ambassador to the United Nations, she became one of the most public advocates of the NATO intervention against Libyan strongman Moammar Gadhafi. That operation was successful in that it forced Gadhafi from power, although critics argue that the lack of postwar planning allowed Libya to descend into chaos.

Rice’s position in the Obama White House gave her a high-level view into the possibilities and limits of presidential power. She was also perhaps the most visible Black woman within the administration, which could be a tremendous asset for Biden at a time when the U.S. has been convulsed by protests for racial justice. 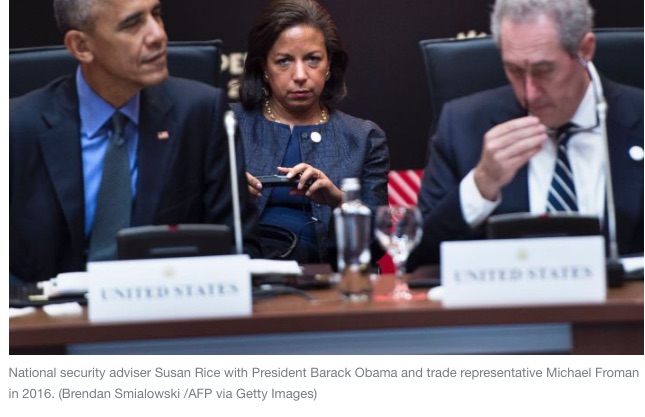 Since departing the White House, Rice has joined the board of Netflix and now chairs D.C. Mayor Muriel Bowser’s commission that helps plan the city’s coronavirus reopening stages. She has also authored numerous op-eds for the New York Times since leaving government and has come out in favor of D.C. statehood, a longtime priority for progressives.

Yet little is known about where Rice stands, exactly, on the domestic policy issues that have come to define the 2020 contest. And that could hamper her ability to be an effective running mate for Biden, who has opened up a significant lead over President Trump in nationwide polls.

And when it comes to foreign policy, her more hawkish stances in recent years might draw criticism from progressives who are already frustrated with having a centrist at the top of the ticket.

Rice is also unpopular with conservatives who criticize her handling of the 2012 attack against two U.S. government facilities in Benghazi, Libya, that resulted in the deaths of American military personnel and Ambassador Chris Stevens. At the time, Rice said the attack was spurred by an internet video that disparaged Muhammad, the central prophet of the Islamic faith. Republicans alleged that her comments were part of a cover-up, although that claim has been largely refuted.

Rice told the hosts of the daytime talk show “The View” on Wednesday that she suspects the GOP will resurface the Benghazi issue if she’s tapped by Biden.

“Not one of them found that I had deliberately misled the American people, but I don’t doubt that the Republicans will use this, and they’ll attack whoever is Joe Biden’s choice to be his vice president. But let’s be honest about what this is. This is dishonest, and it’s a distraction,” Rice said.

In an interview with the Boston Globe in 2019, Rice said she suspected she was targeted so fiercely because she is a Black woman. 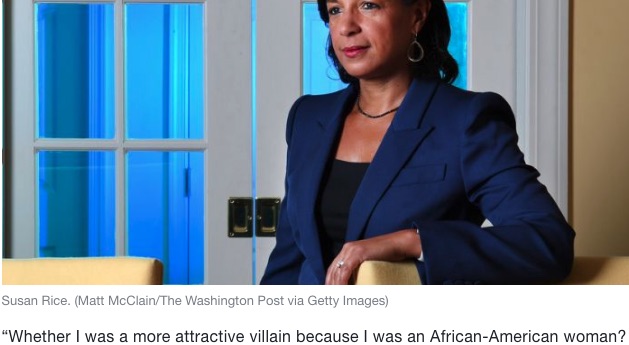 “Whether I was a more attractive villain because I was an African-American woman? Maybe. That was my hypothesis. But I’m not certain of it. And I really don’t think it matters,” she said.

Rice’s ability to stand up for herself could be an asset to Biden, who may want a running mate who can take the fight to Trump and the GOP. In 2019 she called Sen. Lindsey Graham, R-S.C., a “piece of s***” after Graham was quoted calling Trump’s impeachment trial “a lynching in every sense.”

Paul Musgrave, a foreign policy expert and assistant professor at the University of Massachusetts Amherst, recalled only one mainstream vice presidential pick in modern history — Sargent Shriver in 1972 –– who was a foreign policy specialist above all else.

“There are folks who think that Joe Biden could be choosing the Democratic nominee [for 2024 or 2028], and I would think that is something that he’d be conscious of: wanting to balance the good working relationship with trying to make sure the Democrats are well set up for the next presidential term,” explained Musgrave. 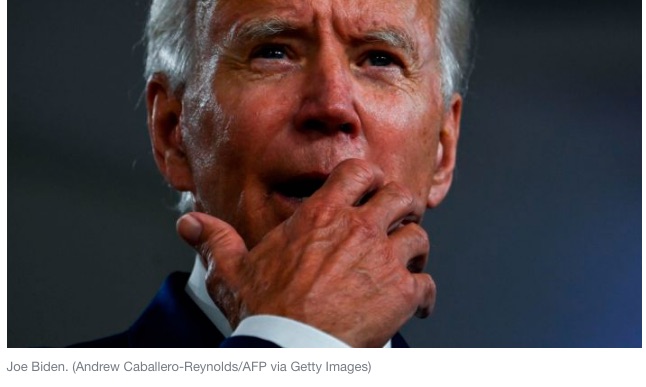 And tapping a foreign policy expert, despite her long credentials, may not be a perfect fit in an election dominated by domestic issues. Biden seems to be beating Trump in nearly all head-to-head matchups on domestic affairs, but choosing Rice could put the spotlight back on Biden’s own lengthy record on foreign policy matters, including his vote in favor of the Iraq War and his role overseeing anti-corruption efforts in Ukraine while his son pursued business opportunities there.

But Musgrave, who views Rice as a “consummate power player,” contends that Rice and Biden’s foreign policy relationship is a boon more than anything.

“If one of the considerations for being a modern vice president is your ability to be entrusted with significant assignments by the president, I’m not sure there would be any two people who would be better matched on that,” said Musgrave.

“That could easily be one of the best working relationships from day one.”

Together, You Can Redeem the Soul of Our Nation

Trump tries to undermine the legitimacy of...