White L.A. Sheriffs Deputies handcuff A 29 Yrs Old Black man After He was Shot more than 20 Times in the Back for Bike Violation.

Video of the incident shows a man running from deputies with what appeared to be a ball of clothing in his hands. The video then jumps to two deputies on the sidewalk with their guns drawn, while a man is on the ground. Another portion of a witness video, posted by Fox 11, shows the man’s body on the ground behind a pickup truck as angry bystanders yell at deputies. At one point in the video, other deputies arrive at the scene and at least one appears to be leaning over the man and putting handcuffs on him.

“How you gonna handcuff a dead man?” somebody is heard yelling on the video, though it is not immediately clear if the man is deceased.

According to the witness, Cops stopped him while riding his bike for alleged “vehicle code violation.” They say he ran, dropped clothes, and handgun. He didn’t pick it up, but cops shot him in the back 20+ times then left him for hours. 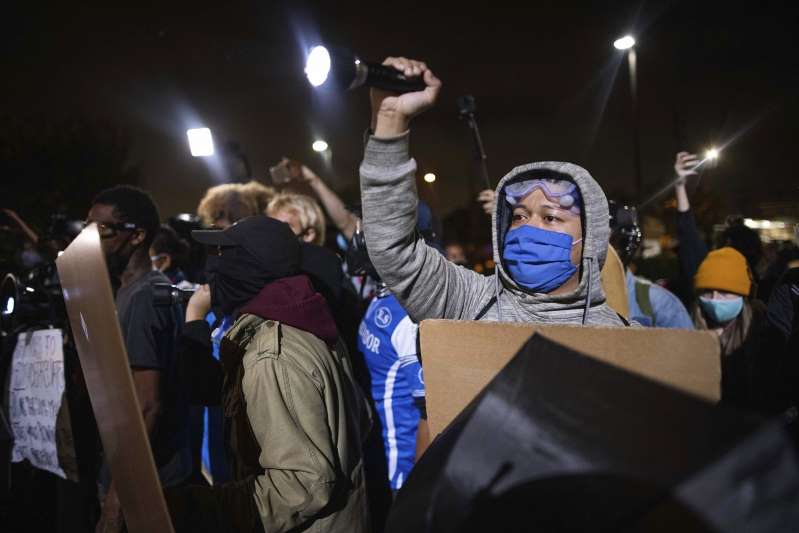 It’s also worth noting that the day before deputies shot Kizzee in South LA, Spectrum News 1’s Kate Cagle published video of the sworn testimony of Deputy Art Gonzalez, in which the LASD whistleblower identifies the deputies who killed Andres Guardado as prospects seeking admission into the Compton Station’s tattooed deputy gang, the Executioners.

Oil companies accused of wanting to dump plastics in Africa

MAGA HATS ARE MADE IN CHINA. IRONY OF EMPTY PATRIOTISM