WHITE POLICE TURNS THEIR BACK AT ARMED WHITE MEN, WHILE CHASING INNOCENT BLACK KIDS. THE SAD REALITIES OF TWO AMERICAS

In recent weeks, groups of angry, armed white men gathered in multiple states to protest stay-at-home orders and business closures brought on by the coronavirus pandemic. In Michigan, neither force nor legal action met gun-toting, body-armor-clad men — standing shoulder to shoulder, many with no protective mask — who were breaking the law by violating emergency orders designed to protect public health. When asked about the armed protesters, a Michigan police spokesperson stipulated it was perfectly legal to carry firearms so long as they were openly displayed with “lawful intent.”

Someone please explain this to me. Note the white people in the car right in front, smiling and waving to the camera, ignored by the cops.pic.twitter.com/sJlocgJVb1

Wao!! Here in America, all armed White Men, brandishing weapons are allowed to move freely, while police are busy chasing and harassing a Black FBI agent who is eating at a restaurant. The entire world is witnessing the ugly reality of what it is like to be black in America. 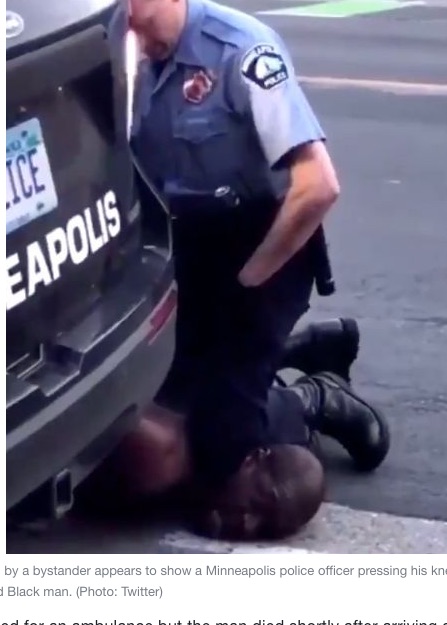 The sad reality in America today is Police violence is a leading cause of death for young black men. In many instances, young Black men are harassed, framed, and murdered by the police. Many experts claimed that this is nothing short of State-sanctioned lynching and terrorism.

The Pointlessness of American Racial Politics in Britain

Colombia is systematically killing off its black...