Why Racist states in the US are depicting African Americans as “whites” in history books.  Legacies of historical distortions.

In 2019, Boynton’s public art commission ordered up a mural to honor the city’s firefighters and rescue workers. One of the images included in the mural was to be based on a photo of three female Boynton Beach firefighters—two of whom were white, and Clemons. The mural, which was described by Boynton Beach City Manager Lori Laferriere as a “significant and unique artwork,” was unveiled at the city’s new Fire Station #1 on June 3, 2020. However, something was obviously very wrong with the painting, which portrayed all three of the women, including Clemons, as white. It also depicted former Boynton Fire Chief Glenn Joseph, who is Black, as a white man. 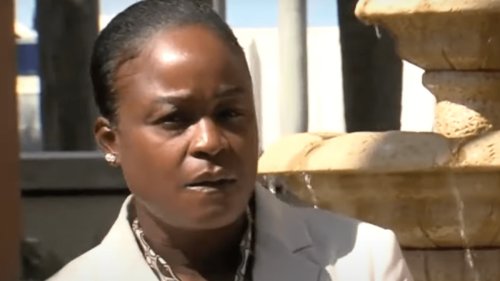 The art of depicting accomplished African Americans as white is as old as America.. Many inventors and scientists are frequently depicted as “whites” throughout the South and even in so-called non-confederate states throughout the United States.

For many ordinary people, such distortion of historic figures is of no significance despite its negative impact on society as a whole. The false depiction of African Americans in historic textbooks falls in line with racist propaganda… It fosters the false narrative of white supremacism.

Imagine, if Jesus Christ who never visited Europe, not resemble any Europe can be made blue eyes blond hair and presented as a false image for the entire world to accept… then you can understand the negative impact of the false depiction of historic figures.

A white Ohio police officer dragged a  Black man with paraplegia by his hair and throwing him to the ground during a traffic stop..Attacked was unprovoked

Appellate Court Rules Iowa Officers Must Face Lawsuit Over Traffic Stop Involving Handcuffing and Groping of Black Motorist: ‘They Only Saw One Thing’

I Got Stopped on Bike Rides Because...