A video of a New Jersey woman calling the police on her black neighbours went viral and eventually spawned a protest outside the woman’s home.

The incident occurred on Monday when Fareed Nassor Hayat, an attorney and a professor of law at City University of New York, and his wife, Norrinda, were in the backyard building a stone patio.

Their neighbour, Susan Schulz, whose property abuts the Hayat’s backyard, allegedly approached the couple and demanded to know if the two had permits for the construction.

Mr Hayat told Ms Schulz his contractor checked and assured him that no permits were needed. This explanation was apparently insufficient for Ms Schulz, who continued asking about the permits.

The video begins with Ms Schulz threatening to call the police, alleging the Hayats pushed her “10 feet” off of their property.

“Call the police. We expect that,” Ms Hayat yells from behind the camera.

Ms Shulz then tells the police that Mr Hayat pushed her off his property and explained her belief that the couple did not have permits for their work.

“She’s been waiting two years to do this to us,” Ms Hayat claims multiple times as Ms Shulz speaks with the police. 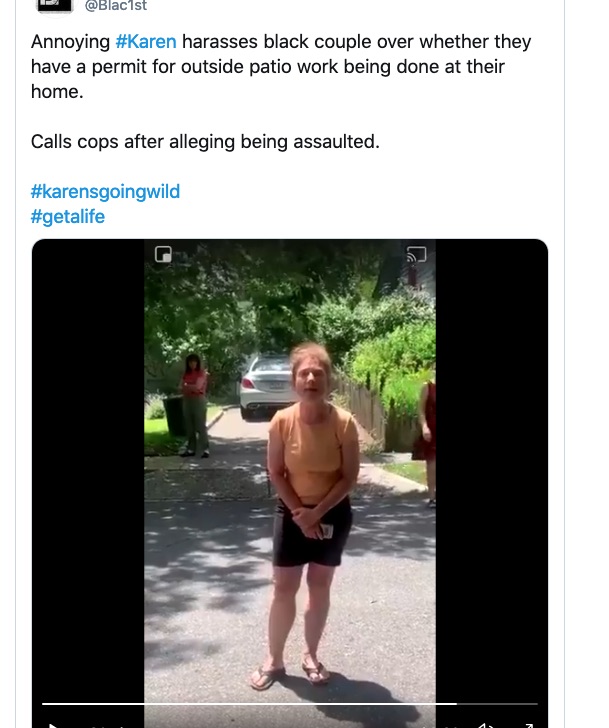 Arab and Muslim Communities Need To Talk About Anti-Blackness